We were very happy to help with artist Jane Kim’s latest InkDwell project for the Cornell University Lab of Ornithology.

The 70 x 40 foot size mural of the evolution the world’s current birds and only mural to depict all present species. It is going to take 14 months or more on site!

Jane had the smart idea to use Casart removable wallcoverings to create large-scale stencils from which she could cut out printed maps and roll on paint onto the walls quickly and then remove the stencils without damage to the walls.

This was the first step to getting the mural started. Jane and her InkDwell team now have the task of painted at least one bird a day to meet their completion deadline.

The preparatory process included using Casart temporary wallcoverings, on which maps were printed, as stencils for the mural’s background.

Jane’s team stated, “the stencils have been such a tremendous help.”

The Giant Moa is just one of the birds that depicts the giant scale and sheer amount of work involved.

More of Jane’s illustrations for the So Simple a Beginning mural can be found on her Facebook page.

See more about this project in our Customer Gallery.

Click the this link to find out how to get involved in and receive updates for this fantastic, educational mural and artistic experience.

The video below describes the background behind the project for the Cornell Lab of Ornithology. Here’s a summary:

The Cornell Lab of Ornithology is one of the world’s leading institutes focused on bird study, and it will be celebrating its centennial in November 2015.  The lab has commissioned three artists to commemorate the event, Maya Lin, James Prosek and Jane Kim. Jane’s mural is the final piece to be completed, a 70′ x 40′ mural depicting the 375 million year evolution of birds over 270 species. This will be the only mural in the world depicting all the families of modern birds in one place. Between development and painting, the project will take more than two years.

Jane Kim is a well-known muralist, excelling in the scientific representation of all Earth’s treasures. Go to her InkDwell website for more awe-inspiring projects.

You can read about an earlier Casart collaboration with Jane via this Put a Bird on It post.

Jane, we are wishing you and your team the best as we view the progress. Thank you for using Casart Coverings in the artistic process! We are very honored to be a part of this truly informative mural.

Update: Here’s where to purchase The Wall of Birds book about this project by Jane Kim & Thayer Walker, published in 2018. 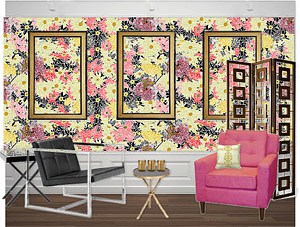